We do not totally agree with the position of many organic intellectuals and journalists defining the British working class as “racists” and “chauvinists”. We think this is just one part of the picture. The press has distorted all aspects. One can say that there are chauvinist sectors, anti immigrants, who are involved. Now the reality is that the millions who voted ‘Brexit’ were workers in the North and Center of the country, while large sectors who voted for staying in the EU were in London, a city populated by the greatest ‘absorbers’ of the country’s wealth; consultants, speculators, council members, investors, etc.

A homeless person in central London. 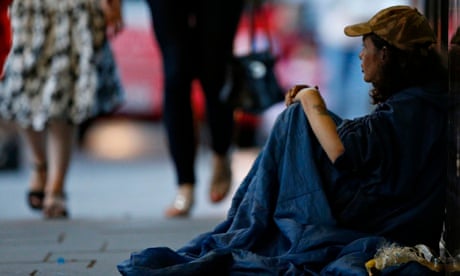 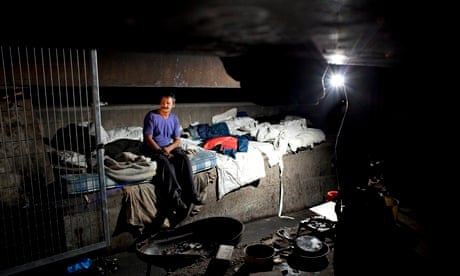 Sleeping rough under a flyover on the A13 near Canning Town.

The same arguments of “fascism” and “chauvinism” were used when French voted against the European Constitution.

In all the countries where the the European Constitutional referendum was held, the working class voted against it. The data is clear and compelling.

In France, those who voted against the European Constitution were comprised of;

In the Netherlands, 68% of workers voted against the European Constitution.

In Luxembourg, 69% of workers voted against the European Constitution.

Unfortunately, credible and reliable EU surveys (which are the minority, because most are made or financed by EU bodies or financed by future institutions) do not collect data from popular opinion about the EU by social class variable. They collect them by country, and what clearly appears in these surveys is that the popularity of the EU is swooping.

Now, though rarely information is collected with a social class variable we have data based on the level of family income. And there, the data show that there is a gradient, so the higher is the income , the greater is the support for the EU.

The vote of REJECTION comes mainly from the lower classes. And has been not only an anti-EU vote but also (and especially) an anti-establishment British vote and, most probably , an anti- English establishment because it concentrates the largest financial centers and economic of the country.

There is NO DOUBT that in spite of what reformists, Trotskysts, Maoists, left libertarians and anarchists argue, BREXIT was a CLASS vote coming from the OLD WORKERS’ CITIES of England.

Lets talk about capitalist contradictions, ultraliberal /austerity policies against workers of Blair and consortium these last decades, about the impoverishment of entire regions in Britain – regions that have been devastated, its industries moved to eastern Europe, creating high unemployment, extreme poverty, high child mortality rates – 20.2 per cent of British children are classified as below the poverty line. A HUGE SOCIAL MASSACRE!

NO one talks about this but are ready to say that is a “fascist” Brexit, like all mediocre social democrats, deaf to the will of the working class and responsible for the growth of far right parties.

THE QUESTION IS, will British workers in the wake of Brexit, ask the German and French labor to join them against the EU oligarchy or they will follow the patriotic sirens of the bloody British crown? The whole question boils down to this, a painful question indeed!

We are for incorporating Migrants but while incorporating them at the SAME CONDITIONS OF the British working class and not less, and NOT like Poles were incorporated by the European commission and the ECB to England, working for half the wage of an industrial worker, as has happened.

In any case, Brexit is a blow against the European oligarchy, especially the German one, closely allied to the US. England, USA and Germany bear huge responsibilities in the imposition of the ultra liberal model and British imperialism which could perhaps lead to a new class conflict.

The central problem remains the one mentioned above: the break with the European imperialist pole must be complementary to the fight against NATO.

We stand for the four EXITS: EXIT FROM EU, FROM NATO , FROM EURO AND FROM CAPITALISM and do not absolutely approve any discourse for EU of the capital or any so called ”Social Europe”.

We are Upset to see that many “leftist” have called against the Brexit .

Brexit is a chance for the people of Europe, and we need to exit on the base of a class struggle – for Socialism.

Scenes from deprived areas in Glasgow where local communities lack hope and are blighted by drugs, vandalism and poverty.